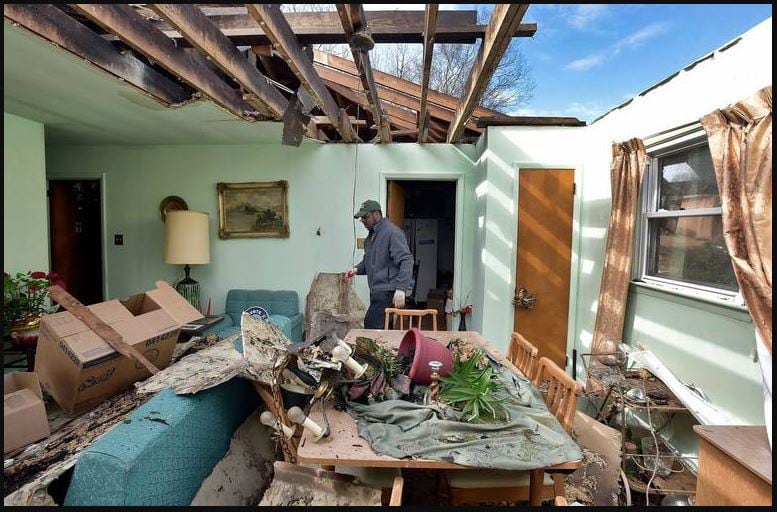 Greensboro Tornado Insurance Claim – North Carolina: Shocking tornadoes trigger apparent physical and “visible” damage. Even so, most of these tornadoes result in considerable “hidden” problems as well. In both instances, policyholders could find themselves in a dispute with their insurance company over the damage. This will also include a dispute about the sum of money required to finish the claim repairs.

Recently, Greensboro, North Carolina suffered terrible damage on 4/18/2018. Prayers go out to the residents who lost family members, loved ones, and animals because of the incident.

Throughout a television interview even an insurance company adjuster advised that much of the insurance loss  damages as a result of tornadoes and tornadic behavior are likely to be unnoticed. Property owners must educate themselves and look for insurance claim guidance from professionals. Such diverse damages requires experience. Claim damage experts can detect slight damage that is often very costly. These hidden damages will frequently show up months or possibly years later once the increased wind gusts are long gone.

Unfortunate policyholders that have found their families in the path of an actual tornado acknowledge that most the damage isn’t that hard to see. Of course this fact is concluded by most individuals. Often, insurance companies and engineering firms will ignore unseen or concealed damages. It’s been found they simply do not investigate such claims carefully.

A thorough tornado property damage examination by a good insurance claim adviser or independent public insurance adjuster is recommended. Far too many policyholders take their insurance company’s  assessment, without obtaining another professionals personal opinion. Why do individuals continuously permit this to occur? Look after yourself along with your investment by identifying these advantageous tornado damage examination hints.

Plumbing: Tornadic activity could twist or shake a home or establishment. Policyholders will want to turn each of the faucets throughout kitchens and baths, and then open up and investigate any cabinetry to examine the plumbing lines for leaks. Proceed by flushing all toilets, run showers and fill up all tubs with water. Explore all the ceilings under these areas for water marks.

Roofing/Siding: At times an insurance property damage claim that is the result of elevated winds may not have appeared to cause damage to your roofing from the ground. However, it’s wise to use a knowledgeable to inspect the roof regarding fractures, gouges or tearing that impair the roofing shingles from flying debris. Tornadoes or excessive wind activity could also rip, gouge, and fracture various types of exterior siding. Such wounds regarding the exterior material and roofing could enable water infiltration.

Brick & Foundations: Check brickwork and masonry for splits along with separation. Property damage by tornadoes or windstorms can also initiate displacement as well as uplift to footings and foundations. Observe the perimeter of all crawlspaces. Extreme building damages will often remain invisible.

Interior: Extreme storms could cause splitting to the edges of walls. This type of stress breaking could also be spotted in the vicinity of doors and window openings. It’s advisable to inspect for shifting of floors as well as the movements of walls utilizing a level.  It’s also strongly suggested to check out for water stains and fungus on walls and ceilings after a few weeks and months. These sort of marks could indicate shingle damage.

Insurance providers and several engineering firms have even been charged regarding their inability to find some of these forms of tornado and wind damages for property damage claims after increased wind activity and tornadoes. CNN reports; State Farm Penalized in Suit Over Tornado Claims :

State Farm acted “recklessly” and “with malice” in handling insurance claims from dozens of families whose homes were damaged when a wave of tornadoes, including the strongest in recorded history, swept through Oklahoma in 1999, a jury has decided. The verdict…delivered millions to the lead plaintiffs… The jury in the District Court of Grady County, Oklahoma, awarded Donald and Bridget Watkins almost $13 million in total damages for their part in the class action suit against the nation’s largest insurer….

You’re all well aware, that storms including intense winds of 130 mph to 135 mph (as found within the Greensboro, NC tornado) – makes for hazardous conditions. In addition, tornadoes that do not ultimately “touch-down” will frequently trigger distressing pressure on residential and commercial components. Significant gusts of wind will frequently move and rack structures triggering fasteners and construction items to become displaced.

Find an insurance loss expert or independent public insurance adjuster to inspect your property or building to be sure all damages are considered. Feel free to contact For The Public Adjusters, Inc. at 919-400-6440 to acquire FREE Greensboro Tornado Insurance Claim Advice, Help, and  Assistance.