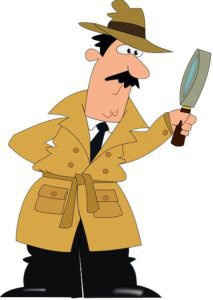 By now you should know that a Public Claims Adjuster (some refer to as Private Adjusters) is who you should call to obtain the most accurate proceeds from an insurance claim. If you have recently faced a tragedy and suffered damages to your home or business, apart from being pulled down by what is happening, you are also burdened with having to rebuild whatever you have lost.

Managing your claim, your coverage, your claim proceeds, your adjuster, and your contractors can be overwhelming. Making use of your property insurance is only the first step. Sadly, though, insurers are not 100% focused on helping you. They say they are, but they are first looking out for their own business interests.

Many believe that Private Adjusters will only say that so we can “SELL” people our services. That is not the case at all. Here is a case that proves this point rather well. Earlier this month, a court case involving a Policyholder and their property insurance company who refused to pay – was finally closed. The courts ordered the insurer to pay the claim and it was a major victory for the policyholder. The case has been in contention since 2005. The insurer claimed that construction defects caused the damages, but, Private Adjusters proved the damages were a result of a covered loss. After several years in various courts, it was finally settled.

The Private Adjuster Was Correct in The Case

The house was purchased in April 2005 and was a large, multi-million dollar dwelling. The policy covered “all risk” including rain, wind, and water. Unfortunately, Hurricane Wilma struck the area and adding to a few existing conditions that were prevalent in the house when it suffered a great deal of damage.

The insurer challenged that the damage was caused by construction defects to the dwelling, which were not covered under a policy purchased by the policyholder, who paid $11.2 million for the home earlier in 2005, per court documents. After the policyholder filed a claim, the insurer said it was only responsible for paying $50,000 for mold damage. The policyholder hired a Private Adjuster and the policyholder eventually filed suit. 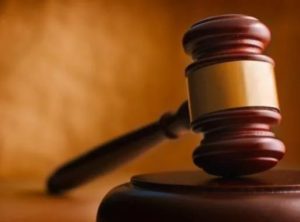 The homeowner’s Private Adjuster argued the damage should be covered because wind and rain were “concurrent causes” and were covered under the policy. The insurance company denied they owed “any coverage” on the claim. Hence, the reason the claim was turned over to an attorney.

The 6-1 majority opinion, written by Justice James E.C. Perry, said, “there was no dispute that rainwater and hurricane winds combined with the construction defects to cause the damage.” Perry wrote that “there is no reasonable way to distinguish the proximate cause of Sebo’s property loss – the rain and construction defects acted in concert to create the destruction of Sebo’s home.”

The home could not be repaired and was demolished.

It Never Hurts to Ask for A Private Adjusters Opinion

Why play a guessing game? If this policyholder simply took the opinion and coverage decision from their insurance company, they would have at first received zero. After the Private Adjuster was involved the carrier stated they owed $50,000. Then after suit the insured recovered $8.07 million.
If this homeowner had not asked a (Private) Public Adjuster for assistance they would have ultimately been left with a property worth ZERO. Never go it alone! Contact a professional and ask questions. Never forget the conflict of interest in favor of the insurance company that sends out an adjuster that works for THEM to advise YOU what THEY owe on YOUR claim.