Public Adjusters Work for You to Get a Better Outcome 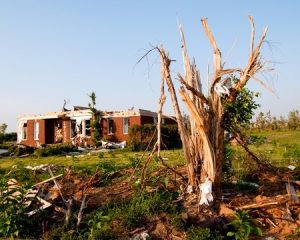 Public Adjusters Work for You

If you are struggling with your home insurance claim or feel like your company is not making a fair assessment of your loss, you may need to contact a public adjuster. For The Public Adjusters, Inc. is bonded and licensed individuals who work to assist the homeowner and ensure that they are fairly for their home and business claims.

Need more proof of the benefits of using a public adjuster? Then let Kathy Reiter of South Arlington, Texas tell you her story. As the Fort Worth Star-Telegram reports, after Reiter’s home had been involved in a series of tornadoes, she was in need of a new roof. She contacted her homeowner’s insurance company three times after different storms. However, she was always given the runaround and only received minor reimbursements. Each time the payout was too little to cover the full costs of her roof replacement.

Every time Reiter filed a new claim to get her roof fixed, the insurance company would increase her rates due to the continuous claims. Worse still, no other insurer would take her because the roof wasn’t new. The situation had become the ultimate catch twenty-two.

At this point, Reiter had finally had enough. She called a local public insurance adjuster.

Public Adjusters Recovered What She Needed

When the adjuster arrived, he knew that Reiter desperately needed the new roof, so he went to work. Like most professionals in his trade, this adjuster knew more tricks of the trade than the typical homeowner. After reviewing the homeowner’s policy and having his own people inspect the damage, he presented the case to the carrier. The Public Adjuster was finally able to get Reiter that brand new roof as well as additional settle money for interior damages cause by roof leaks and failures.

Reister’s story is a familiar one and is a testament to how well the adjustment process can work for your situation with the help of Public Adjusters.

The services provided by public insurance adjusters is useful in nearly any property damage situation, but they can be especially valuable for fire claims. Fire damage is some of the most costly damage that a home can endure. Not to mention, many insurance companies miss many of the hidden damages caused by fires and smoke. Adjusters have a knack for finding these areas, so we can use our experience and knowledge to help you get the money you deserve.

At For The Public Adjusters, we understand the importance of having a professional adjuster on your side because this is where we thrive. We cover many different types of claims, including wind, hail, hurricane and theft/vandalism claims, among many others. Call us at 919-400-6440 to learn more.